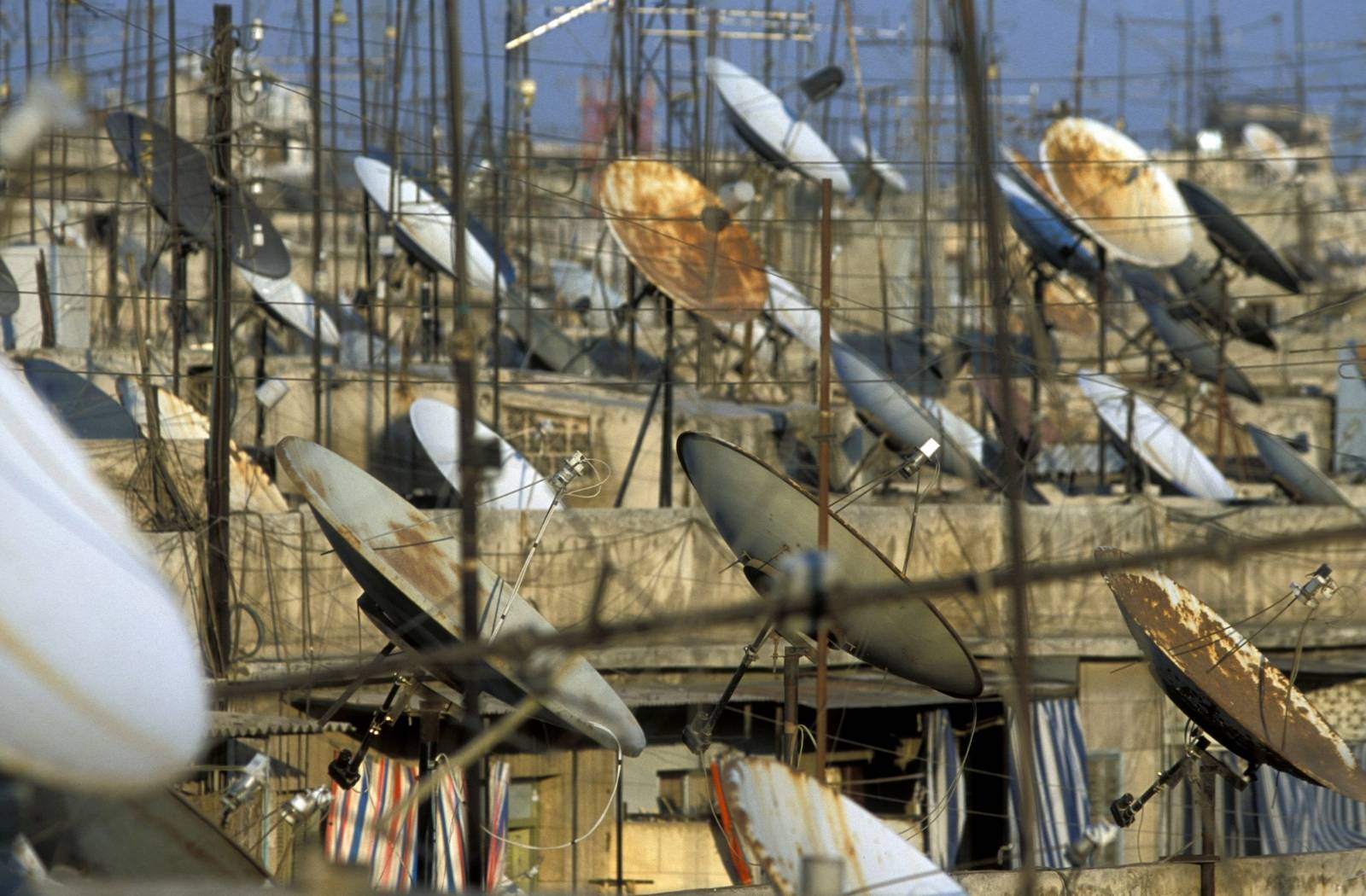 Since the late nineties, satellite television has drastically changed the media landscape of the Middle East and North Africa. As seen in the photo above, dishes are literally everywhere: on rooftops, on balconies, sticking outside windows and even sitting on shacks. Homes can now access hundreds if not thousands of satellite channels in a number of different languages.

Christian agencies have jumped on this unobstructed door of ministry and have been presenting the Gospel in one form or another. Except that with over 20 Arabic Christian channels, none was providing a daily solid Bible exposition, none until Thru The Bible Radio Network and Endure International partnered to produce for television Dr. J. Vernon McGee’s studies.

*by clicking this link, you will be redirected to PayPal to make your donation

S-E is a young lady who is at the end of 30’s. She asked to share her in prayers as she is from the unchristian background and she faces many kinds of persecution and Christ revealed himself to her. And each time she let this issue out of her mind, Christ reveals himself to her again. Then she used to watch the program of Kolelketab ( TTB- Arabic) and then she had the courage to call us. We talked a lot then she asked us to pray for her as she will have time alone to fast and pray, so the Lord reveals himself to her showing her the right way as she is so tense because of this issue. Let’s pray for her to the Lord to reveal himself to her. Messages of Kolelketab program  (TTB Arabic program)

My name is Byar, I’m a true believer and have been saved by the blood of Jesus.

First of all I want to grant you and all who work with you the peace of Jesus Christ that surpasses all understanding. Many thanks for this great work, Kolelketab program. It is considered to be the greatest spiritual program over the decades. It illustrates the entire bible, the word of God, with the whole truth. It is so useful for the true believers and to who are not too.

Production costs were fully covered by TTB and airtime was free. In February of 2013 the first televised Arabic TTB program began airing on one Arabic Christian satellite channel. In July of that same year, and due to the richness of the program, the high quality of production and popular demand, a second Arabic Christian satellite channel asked to air it, also free of charge. And if that were not enough, a third channel asked for the same and began airing it in January of 2014. Depending on where they live, viewers can watch as many as 7 airings a day, Monday to Friday of every week. Today, those programs air on 6 satellite channels. Moreover, these programs are also available on social media.

In 2019, work was undertaken to dub or li-sync the Arabic version into the Dari or Farsi language, spoken in Iran and also widely spoken in Afghanistan. The process was painstakingly long and tedious. The 1423 video programs had to be transcribed word for word, then translated into English and then from English into Farsi. By January 2020 we had enough supply to launch it on 4 Christian Farsi satellite channels. A fifth channel was added later in the year.

By the middle of 2019, work was undertaken to dub or lip-sync the same into the Turkish language. By the Lord’s grace, the Turkish version was launched at the end of August 2020, initially on one Christian Turkish channel, with a second added more recently.

As in the case of the original Arabic, the two other languages are strongly represented and present on all platforms of social media.

The links below allow viewers to watch previous and up to date episodes.

The links below allow viewers to watch previous and up to date episodes.

While you may not understand much of what is being said, we covet your prayers for the millions that watch it broadcast direct across the globe, and for those watching it over the internet.

Endure International is a nonprofit organization that depends on the generosity of those who believe in our ministry. When giving to God’s work through Endure International, we ask that you not forget to support your local church in its outreach and ministry to your community.

We accept personal checks or other means of donations as well. Please contact us regarding your preferred method of giving.

We are an IRC 501(c)(3) non-profit organization and all donations are tax-exempt. We can provide tax receipts for all donations and have been certified as EFCA compliant.